A Tribute to Lee Kuan Yew

We bid goodbye to a visionary and a legend. Singaporeans were shaken upon hearing the news of Lee Kuan Yew’s passing. The first Prime Minister of Singapore died on March 23, 2015. He was 91 years old. He died but his deeds to will never be forgotten. 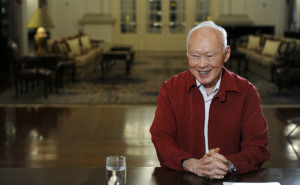 Dignitaries from around the world extended their condolences to the family and the nation. His brilliancy brought the nation to greater heights. We enjoy many good things today because our predecessors worked hard for it including the first Prime Minister.

Lee Kuan Yew is indeed a leader we can all be proud of. In fact, even other dignitaries and world leaders are inspired of him. We study his life and his beginnings. Other countries also study how he made Singapore into what it is now today. In his passing, we pay tribute to him by remembering some of his words. Here are some of his words: 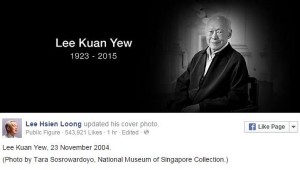 On private lives of citizens: His words at the National Day Rally in 1986 are stamped on the minds of his people. He said that if he did not interfere in the private lives of the citizens, we would not be here today and he did not feel any regret. Intervening with how we spit or the noise we create made us into what we are today.

On press freedom: Lee Kuan Yew did not constrict press freedom. In fact, he is open saying that parties can put their views online or in magazines but if they commit any libelous acts, the government will seek action.

On chewing gum: We banned the sale of chewing gum in 1992 because people were sticking used gum on door sensors of trains which disrupted services. Lee Kuan Yew said that if we need to chew something, we can try a banana.

These are just some of his words. There are myriad words that we can learn from him. 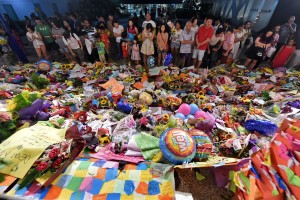 Which Volkswagen Suits Us?   →